This web site uses cookies to deliver its users personalized dynamic content. You are hereby informed that cookies are necessary for the web site's functioning and that by continuing to use this web sites, cookies will be used in cooperation with your Web browser.
I agree 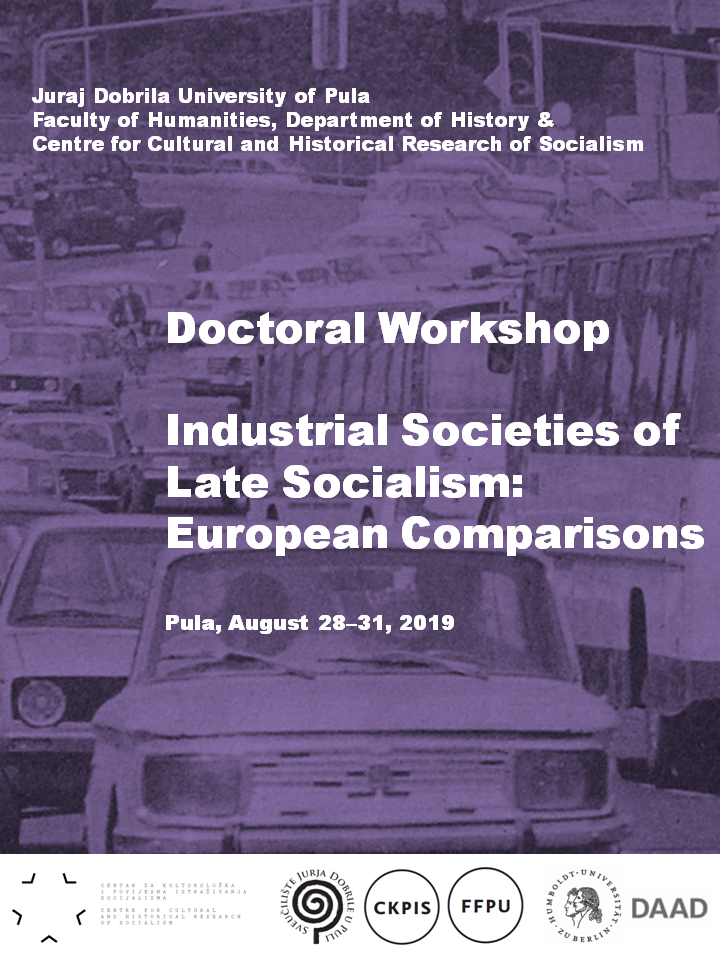 Juraj Dobrila University of Pula, Faculty of Humanities, Department of History &
Centre for Cultural and Historical Research of Socialism

Fifth year in a row we are organising a three-day summer workshop for PhD students. In 2015 the topic was The History of Everyday Life in Socialist Yugoslavia, in 2016 Yugoslav Socialism: Similarities and Exceptionalities, in 2017 A New Man for the Socialist Society, while in 2018 the topic was Yugoslavia and the Global 1968: Contexts, Perspectives, Echoes. So far the workshops have been connected to different projects: one year it was organised within the project Making of the Socialist Man. Croatian Society and the Ideology of Yugoslav Socialism (led by Dr. Igor Duda, Juraj Dobrila University of Pula, supported by HRZZ), while on other occasions the workshops were a part of the multilateral cooperation initiated from Berlin. This year we are cooperating with the project A Threatening Turn after Ideological Solidification: the Yugoslav 1989 “Revisited” (led by Professor Dr. Hannes Grandits, Humboldt University of Berlin, supported by DAAD), thanks to which scholars from the universities and institutes in Belgrade, Berlin, Koper, Sarajevo, Skopje, Zagreb and Pula will be able to participate in the workshop. In recent years there was an excellent response by applicants, so apart from the above mentioned cities the workshop gathered participants from Florence, Ghent, Giessen, Glasgow, Graz, Hamburg, Iaşi, Montreal, Munich, Nottingham, Paris, Potsdam, Prague, Regensburg, Sofia, Vienna and Warwick.

After Second World War, the fast industrialisation process greatly changed the economic and social structure of European socialist societies. Societies that were until then predominantly agrarian, such as those in Yugoslavia and the Soviet Bloc countries, were turned into industrial societies within a single generation. Through planned economy or market socialism, state policies tried to maintain the high relevance of industrial production, as well as the position of the working class as the key segment of the social structure. The workshop will assess socialist societies in their final phase, asking whether these postulates were valid for the years of late socialism, in what ways were they implemented and with which consequences during the last decade of the single-party communist rule. On the basis of PhD students’ presentations and invited keynote lectures, the Doctoral Workshop will investigate the level of development of socialist societies, economic trends and reform efforts, unemployment, employment and  work productivity, as well as workers’ expectations and preparedness for the immense changes which occurred with the shift to market economy and privatisation. Furthermore, the Workshop aims to discuss what it meant to be an industrial worker in the 1980s, how industry influenced the identity of individuals and their surroundings, and what was the role of trade unions and other organisations in the expanding grey zones between the citizens and the state. Job security, standard of living and quality of life, leisure, consumer culture and workers’ cultural life are also suitable topics for the Workshop. We expect that the presentations and lectures will bring new knowledge and comparative insights into late-socialist European societies.

We thank for support
Faculty of Humanities, Pula 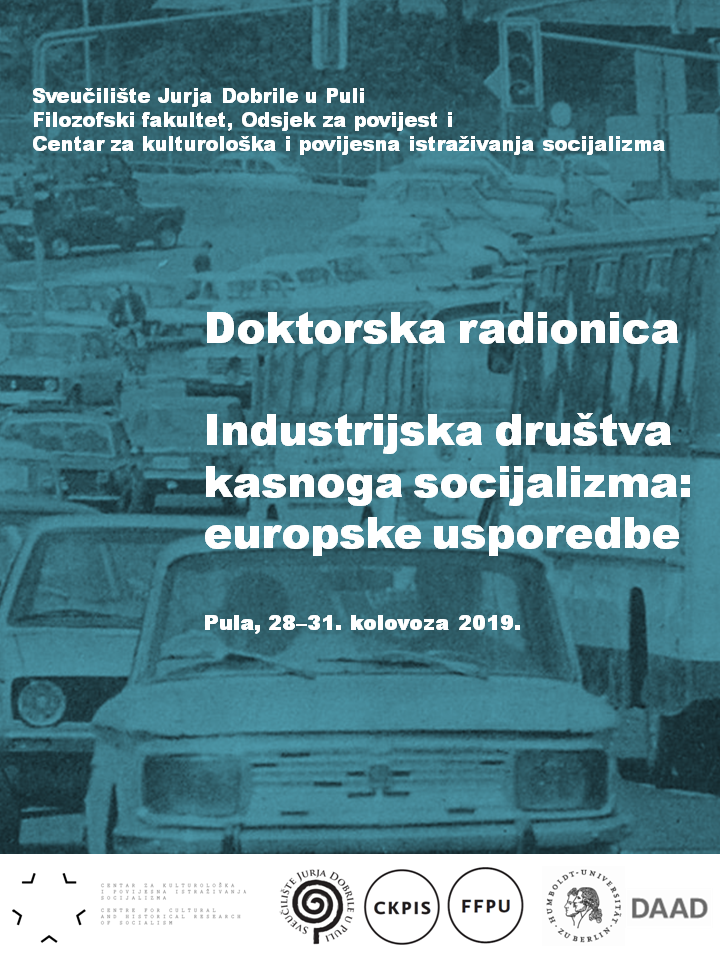